The Dalles-Wahtonka Class of 1965 showed their spirit once more on Saturday, September 29 2012 when they gathered for their annual mini reunion.   Highlights included:

A gathering of 22 classmates, spouses and friends for the 1-3 p.m. event in The Dalles.  There were several new faces not seen at past events. 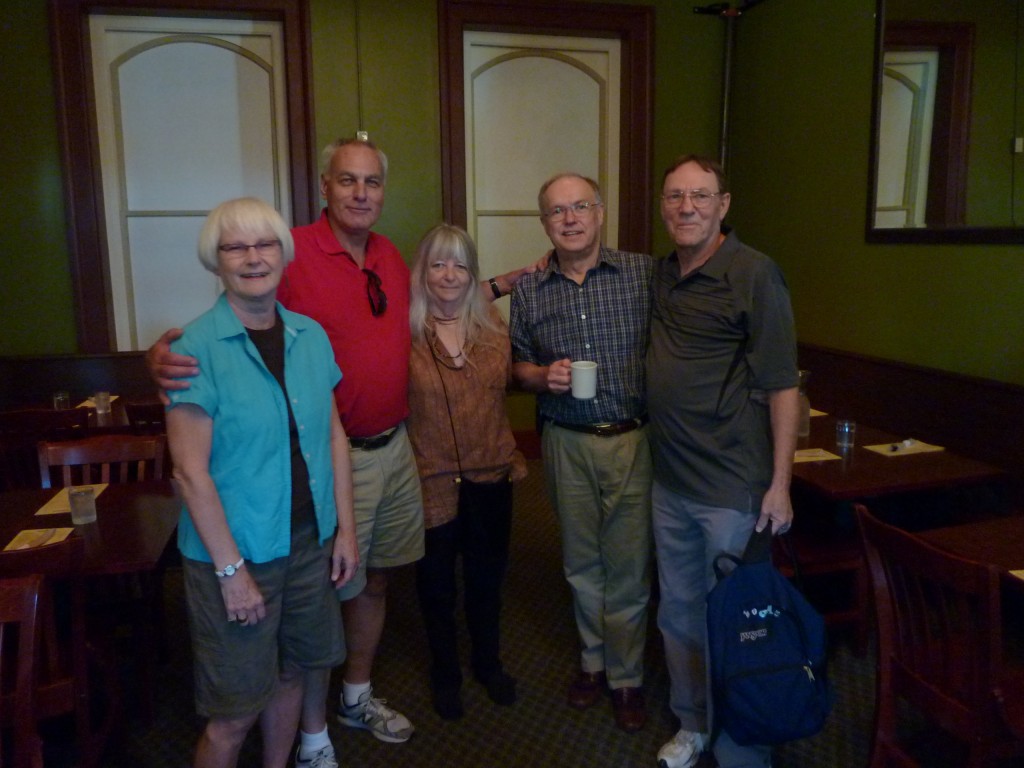 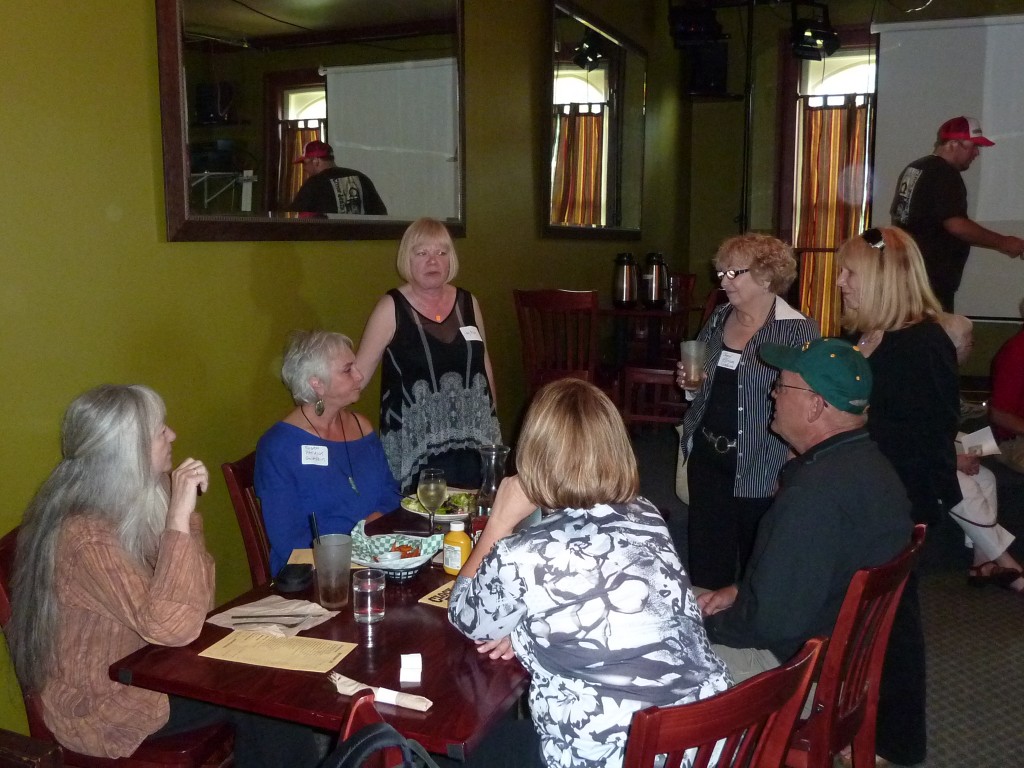 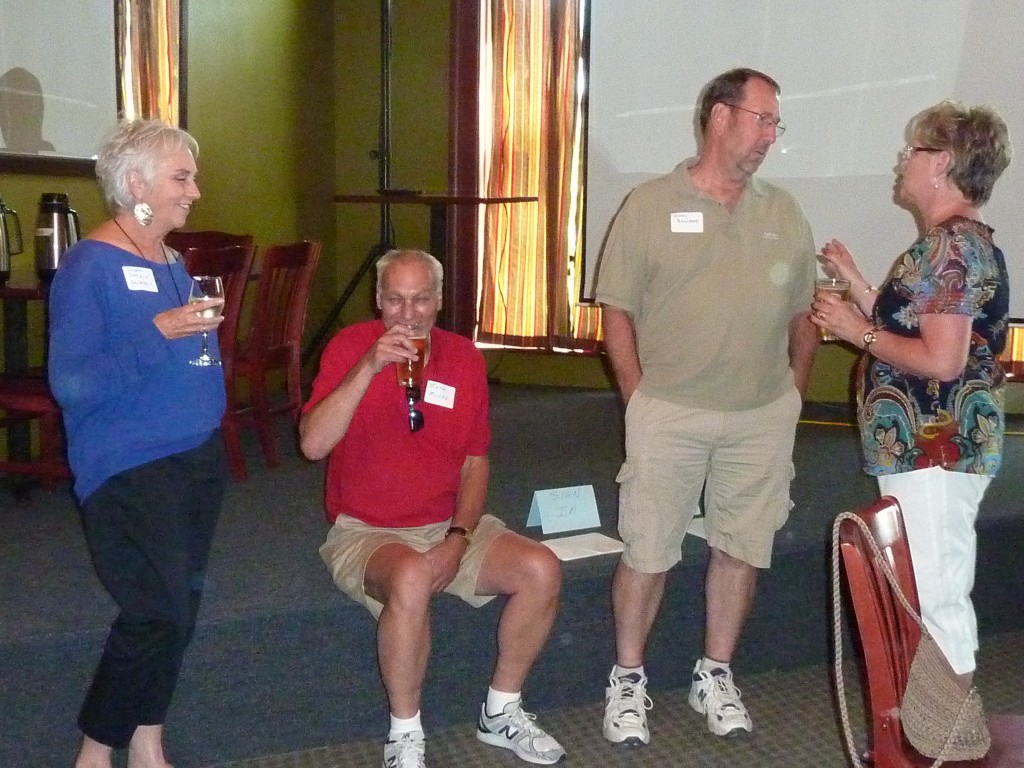 Reminiscing and reacquainting in relaxed atmosphere.  The Clock Tower Ale Restaurant and Pub was an excellent setting allowing for conversation, food and drink. 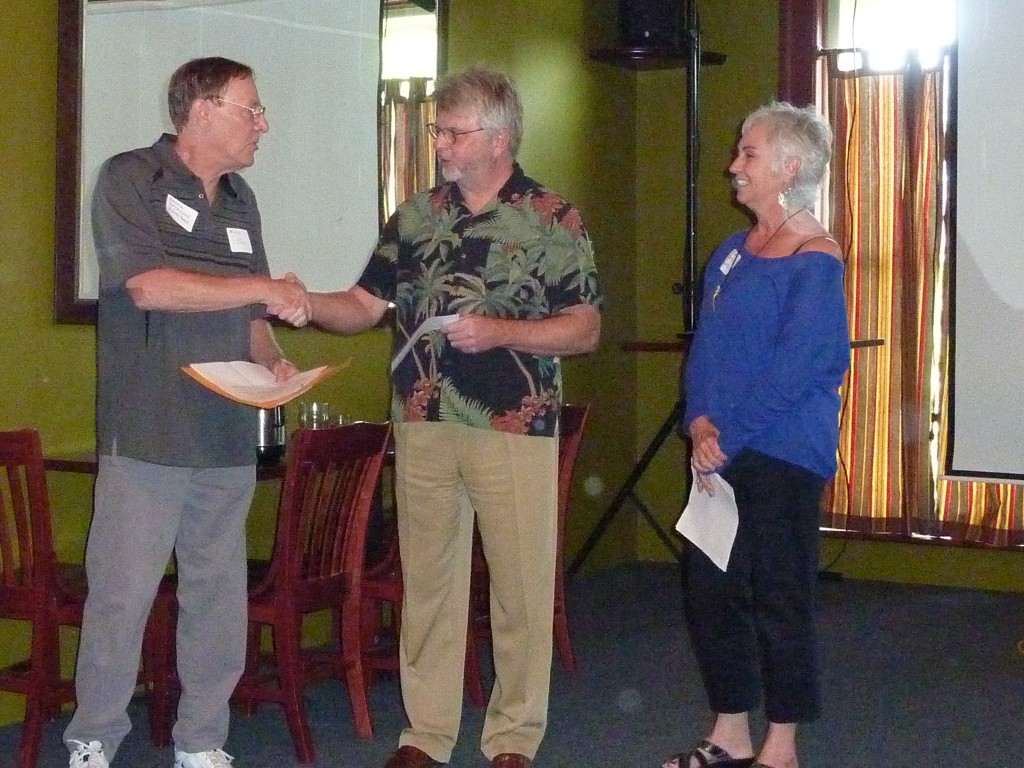 Presenting The Dalles-Wahtonka High School principal Nick Nelson with a check for over $4,000 to be used to purchase electronic devices for students in classrooms.  This was the class’s Legacy Project chosen by the Class Reunion Planning Committee and spearheaded by Susan Patrick Goldstein, Mike Elston and Gary Bradford.  Susan also challenged the other DHS/Wahtonka classes from the 1960’s to meet or beat our results.  Over one quarter of classmates participated by donating and recognizing individuals who made significant impacts on their lives.

Collecting another $280 from those present which will be sent to the school in a subsequent check.